QRpedia is changing the way we create QR codes – and we need you to help us test them!

At the moment, QRpedia codes have a small problem with accented characters and non-Latin alphabets. When you scan in a code with accents, you may see a screen like this: We want to change that, so you see something like this: So, here’s the new style QR code which should cope with non-English characters. Can you please scan it with your phone and answer four simple questions:

Thanks for all the tests. Looks like we won’t be going with these new style QR codes. While they work well in Android – they seem problematic on some iPhones and Nokias. Oh well, back to the drawing board!

We’re incredibly excited to announce that QRpedia has made the shortlist for the Smart UK Project!

We are searching for the UK’s Most Innovative Mobile Companies. Our aim is to celebrate UK innovation and showcase the best examples of UK mobile innovation.

We’ll be presenting at the competition oin January – if we make the final six, we’ll be off to Mobile World Congress.

I was tweeted an interesting link the other day – We Don’t Make Demands. They have a set of posters for the “Occupy Movement” which incorporate QRpedia codes.

These posters were designed by participants at the Occupy Wall Street protest in New York City. They are in the public domain. You are welcome to print them out and post them in your own location.

See all the posters.

I love this use of QRpedia – but I have two minor suggestions.
QR codes work best with some whitespace around them, so:

Other than that – very impressive.

I took a walk through the OccupyLSX encampment at St Pauls. I have to say, the QR codes on display weren’t as impressive as the above posters.

As you may know, the Miro Exhibit is fully equipped with Catalan compatible QRpedia codes.

Here’s a great video showing off the exhibit:

You can jump straight to the two-minute mark if you’re just interested in the QR action.

Here’s the Ignite Talk I gave at #OTA11 last month.

Humans have devised hundreds of thousands of languages with which to express themselves. Some, like Cornish are on the verge of extinction. Others, like Catalan and Welsh, are only used by a small number of speakers. Some, like New Norse, are created for political purposes.

All these languages are valuable and hugely important to their communities. Many have Wikipedia version written in their language.

This poses a problem for QRpedia. They way the system works is this:

Suppose The National Library of Wales has a QRpedia code for the Black Book of Carmarthen.
A Welsh speaker will probably wish to go to the Welsh version of the article.
However, their phone does not support the Welsh language (unless it is a Samsung S5600) and is set to English.

QRpedia, therefore, redirects them to the English version and doesn’t give them a chance to read in their native language.

This is a problem we have faced with both Catalan and Norwegian.

Catalan faces the very same problem as Welsh does in the previous theoretical example. Many people speak it but, because it’s rare for a phone to support it, their phones are set to Spanish.

This was how we solved the problem:

QRpedia doesn’t store the user’s language choice – so the user has to choose every time the scan which language they want.

The reasons we don’t store the language choice is that it would be very hard to undo if the user made a mistake, or ever wanted to change their language.

The Norwegians have two languages – Bokm%C3%A5l and Nynorsk.

The standard language codes are NB and NN. However, most phones only support NB – with the language header of NB-NO.
To complicate matters, the NB Wikiedia is located at NO.wikipedia!

So, after much discussion with some Norwegians, I discovered that comparatively few people read NN. So, we came up with the following fix.

However, very few phones support NN (none have ever used QRpedia) so I’m not sure if this is the correct approach.

There are lots of other languages with Wikipedia supports, but which aren’t well supported on phones. Wikipedia is available in nearly 300 different languages – from Scots and Simple English to Esperanto and Latin. Although, curiously, there’s no separate Wikipedia for British English – or other regional English variants, nor is there one in Klingon

So, what should QRpedia do in the future? How should it handle all the thousands of languages in conjunction with the hundreds of Wikipedia languages?

That’s where you come in.

If you’ve got a good idea on how we handle your favourite language – drop a comment on this blog.

If you’re a coder, QRpedia is open-source. Check out the code and leave a comment, or raise a bug.

We need your help to determine what we do next.

As I stepped onto the stage at OverTheAir 11 to present QRpedia, I was buoyed by the overwhelming reception that it received on the Interwebs over the last few days.

That, and a whole avalanche of tweets, certainly put a smile on my face!

Yesterday, I paid a visit to the UK National Archives in Kew.
Their amazing educational team have recently completed a stunning QRpedia installation.

As part of this project to increase digital engagement we have used the QRpedia service to link some of our museum exhibits to articles on Wikipedia. In the on site museum at Kew, visitors can use their smartphones to scan QR (quick response) codes next to the exhibits. QR codes are barcodes that can be read by smartphones to link physical and virtual documents.

The QR codes will allow visitors to the museum to explore more information on particular displays than can physically be provided on written captions. They can also deliver pages (where they exist) in the language of the user’s handset.

Visitors to the museum will also be invited to contribute their knowledge to The National Archives-related articles on Wikipedia.

There are 13 QRpedia codes dotted around the museum – here are some photos of a few of them.

The team have done an amazing job. They placed codes in prominent positions and made sure they are well lit.

They have also created a display to explain what the QR codes do. They even include instructions on how to get on to the free WiFi if your phone doesn’t have a strong signal.

So, now legions of school-children and visiting tourists can get highly detailed information about the National Archive’s exhibits with a simple scan of a code.

You know Jimmy Wales, right? He’s the guy co-founded Wikipedia – and, possibly, its most prominent face.

So, a few days ago, he popped down to The Children’s Museum of Indianapolis to see the work the museum is doing with its Wikipedian in Residence – Lori Philips.

What else did he do while he was there? Why, scanned some QRpedia codes!

You can see all the photos of his visit on Wikimedia Commons.

My highly placed sources tell me that Mr Wales was highly impressed with the work the museum had done, and loved their innovative use of QRpedia.

A quick round up of QRpedia in the news:

The full report (PDF) specifically mentions QRpedia Codes as “smart objects” and predicts a time-to-Adoption of four to five years. I think we can do it sooner than that, though!
The report is CC-BY and well worth reading.

One of our friend in Indianapolis, Angie Mcnew, was interviewed by the radio station WFYI (mp3).

We now have our own Wikipedia entry – in 8 languages – which was recently featured on the Wikipedia homepage.

Things are ticking along nicely. I hope to make a announcement about a significant new installation next week… 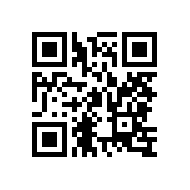